As an Amazon Associate I earn from qualifying purchases.
When you buy via the links on my site, I may earn an affiliate commission at no cost to you. Learn more. 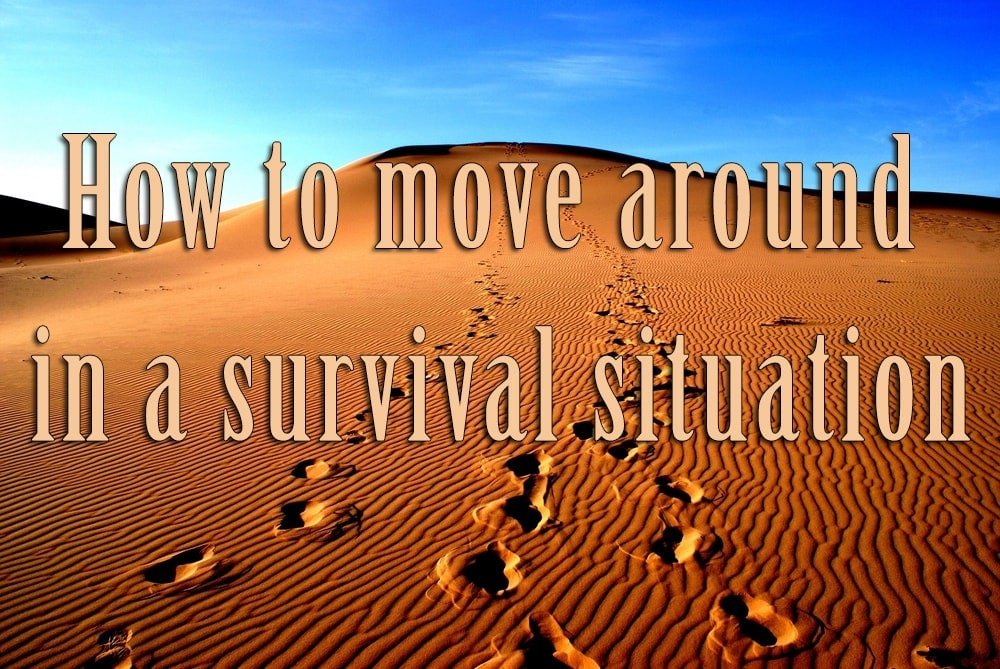 In a survival situation, before you leave a site, remember that it’s as important to keep track of the duration of your trail as it is to stay in the right direction.

A closely monitored and detailed logbook becomes essential not only to the success of dead-reckoning navigation but also to survival itself.

For many centuries, sailors have used dead-reckoning navigation to steer their ships when they didn’t see any shore or when the weather was too bad. 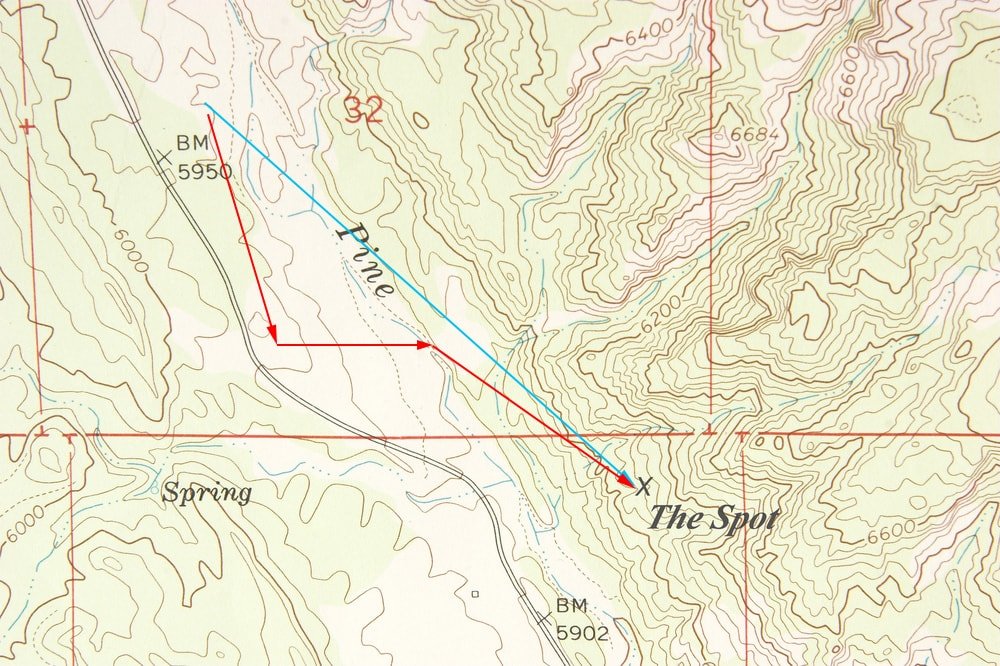 This method also applies to navigation on land. Movement on land must be carefully planned.

It is necessary to know in an exact or at least approximate way the starting point and the destination and, if a map is available, these places will be marked as well as all known particularities found on the route.

The latter, when perfectly identifiable, become as many means of control.

When you don’t have a map, the plotting is done point by point on a sheet of paper. The scale used must allow the entire route to be drawn on the same sheet of paper.

A clear northerly direction will then be established.

The point of departure and destination will be indicated in exact relation to each other.

If the terrain is suitable, the ideal direction would be a straight line between the starting point and the destination, but this can only be done very rarely.

The trip is usually carried out in several stages using an azimuth (angle expressed in degrees) and this is determined at the beginning of the first route.

You start by measuring the distance at the start and continue along the first stage until you change direction.

A new azimuth is established for the second stage and the distance is measured until the next change of direction and so on.

All data will be scrupulously recorded and all positions recorded.

To determine the distance traveled on earth, the “step” remains the best unit of measurement and is equivalent to the natural step, approximately 30 inches (76.2 cm – one inch = 2.54 centimeters).

The steps are usually counted by hundreds because hundreds are more easily controlled: you can write them down in a book, you can count them on your fingers.

They can be symbolized by small stones that can be slipped into the pocket, or by knots on a rope, and finally, they can be recorded with the help of a manual counter.

The distances thus measured are only approximate but, with practice, they are becoming more and more accurate and precise.

For anyone in a survival situation, it is important to first determine the average length of steps by measuring in feet or inches the distance traveled over 10 steps and then dividing it by 10.

In the field, the average step count will have to be verified because of the following conditions: 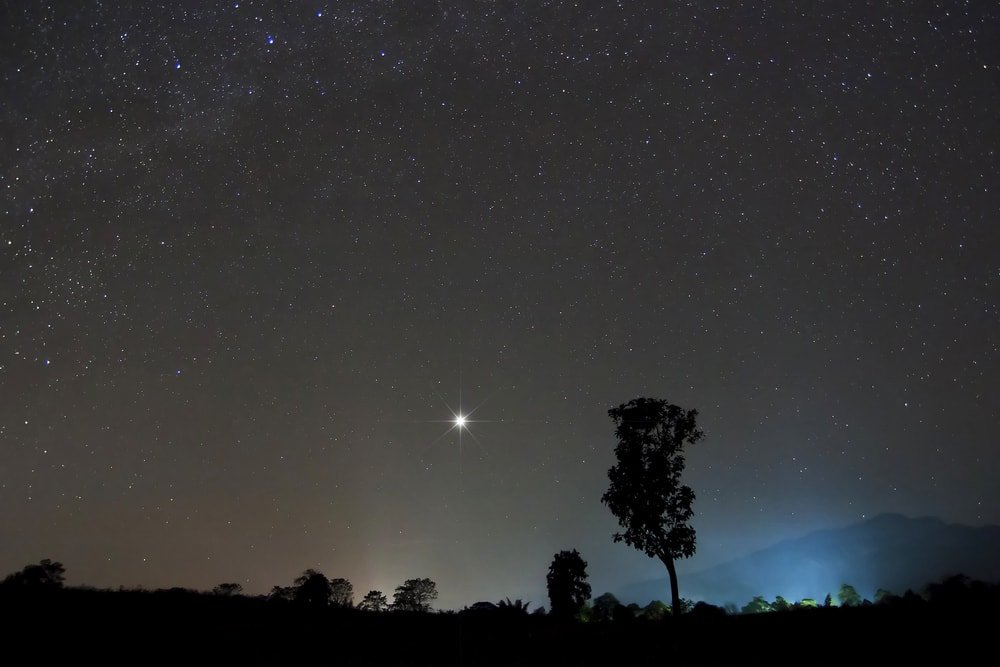 A reference point or landmark is any object that is well defined and located on the ground in the direction that you are following and to which a navigator is heading.

Moreover, it is easier to move around according to a reference point than it is to constantly use a compass.

Points of reference during the day

The points of reference are obviously more visible during the day.

Isolated trees, buildings, high forest, and any other form that can be seen on the horizon are good examples of landmarks.

Even cloud formation and wind direction become reference points when their position can be periodically measured in correlation with any of the celestial orientation methods discussed above.

Points of reference at night

Usually, we only have stars at night as reference points.

Because of the Earth’s rotation, the position of the stars is constantly changing and azimuth checks are still necessary.

The duration of the effective time allocated between each check depends on the star chosen.

A star near the northern horizon will be usable for half an hour.

The polar star is the ideal landmark as it is less than 1° from true north.

But above 70° latitude, it is already too high in the sky to be useful.

When traveling south, check the azimuth every 15 minutes for safety.

When you head east or west, the difficulty in staying in the azimuth line is that the star climbs too high in the sky or gets lost behind the western horizon rather than changing position.

In all the above cases, it is necessary to choose another “pilot star” when the first one becomes useless.

If we use the north and south stars south of the equator, the above directions will be reversed.

The pace and rhythm of travel 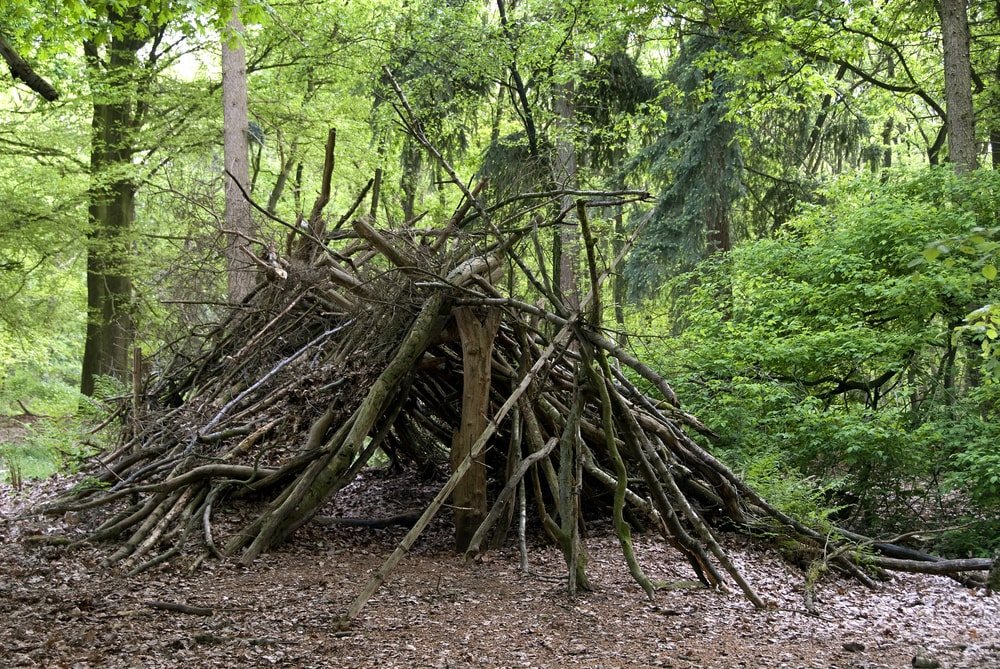 Each day, plan and take a specific stage so that you will have the time to set up a strong and comfortable camp.

It is imperative to sleep well and rest in such circumstances.

Among the factors influencing the speed of a trip, we can include the temperature, the sun, the wind, the rain, the snow, your physical condition, the nature of the terrain (slope or gradient, soil firmness), the distance and time required (do we have to reach a given location within a given time), the importance of the equipment carried (bring with you only the essential) and finally, the quantity of water and sufficient food.

Throughout your journey, hunt and stock up on food to reduce the number of trips you make. 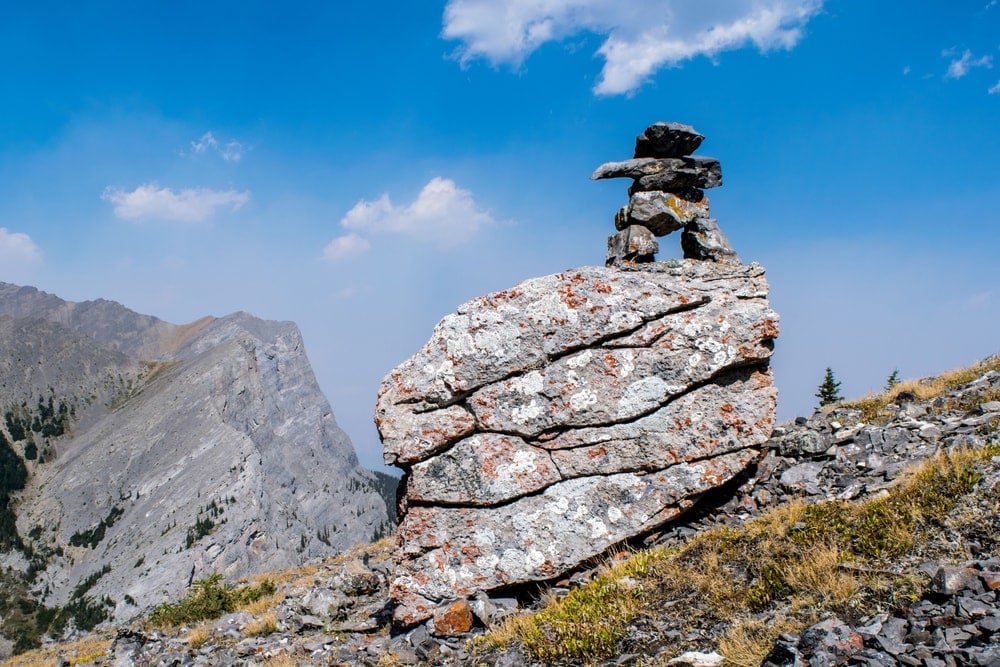 Unless you are traveling in dense forest or on the sea, you can sometimes spot some distant mountains in order to orientate yourself.

A prominent summit will serve as a reference point for several days.

Beware, however, of the illusion of moving in the same direction when in reality you might actually move away from it.

Follow a straight line and make sure that you can get back on your steps by aligning two bollards (trees and rocks) then a third one and indicating their location with a clear mark, either by cutting a tree or stacking stones along the way.

Go from one bollard to another and always in a straight line. Follow a road directly at the foot of a series of heights.

Hunting trails, frequently located on the top of these ridges, can be used as trails.

Vegetation is scarcer and landmarks are easier to distinguish.

It is good to be guided by a watercourse because it usually takes us to an inhabited area, provides water and food, and allows us to travel by boat or raft.

Be prepared, nonetheless, to ford and circumvent or cut through the thick vegetation along the stream.

If you follow a mountain river, the waterfalls, cliffs, and affluents will serve as points of reference.

In the plains, streams are generally winding, swampy, and full of thick brush.

They only offer a few points of reference.

To follow a coastline is to take a long road full of detours.

On the other hand, the seaside is rich in landmarks that make it easy to locate yourself, not to mention that it can be an excellent source of food.

My name is Lara and I grew up in a mountain environment. I'm an avid rock climber, and my main activities are mountain guiding and rafting (I just got my rafting guide license!).
Along all these years I've been using countless gear equipment and apparels that gave me the opportunity to enjoy the best of them for all my outdoor activities. 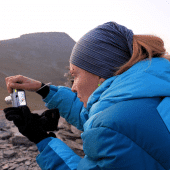 The mountains nourish me physically, intellectually and bring me everything I expect from life.

I like to feel full of strength, in shape, and the mountain gives me that.

I feel a deep happiness to be in the midst of climbers who tell their stories, to share their tale of adventures and misadventures, but also to explore what it means, on a spiritual level, to be immersed in a mountain environment.

We use cookies on our website to give you the most relevant experience by remembering your preferences and repeat visits. By clicking “Accept All”, you consent to the use of ALL the cookies. However, you may visit "Cookie Settings" to provide a controlled consent.
Cookie SettingsAccept All
Manage consent

This website uses cookies to improve your experience while you navigate through the website. Out of these, the cookies that are categorized as necessary are stored on your browser as they are essential for the working of basic functionalities of the website. We also use third-party cookies that help us analyze and understand how you use this website. These cookies will be stored in your browser only with your consent. You also have the option to opt-out of these cookies. But opting out of some of these cookies may affect your browsing experience.
NecessaryAlways Enabled
Necessary cookies are absolutely essential for the website to function properly. These cookies ensure basic functionalities and security features of the website, anonymously.
Functional
Functional cookies help to perform certain functionalities like sharing the content of the website on social media platforms, collect feedbacks, and other third-party features.
Performance
Performance cookies are used to understand and analyze the key performance indexes of the website which helps in delivering a better user experience for the visitors.
Analytics
Analytical cookies are used to understand how visitors interact with the website. These cookies help provide information on metrics the number of visitors, bounce rate, traffic source, etc.
Advertisement
Advertisement cookies are used to provide visitors with relevant ads and marketing campaigns. These cookies track visitors across websites and collect information to provide customized ads.
Others
Other uncategorized cookies are those that are being analyzed and have not been classified into a category as yet.
SAVE & ACCEPT